Lifefood is a Czech company that produces raw food – also called live food. It was founded by Tereza Havrlandova in 2006, in a time when the concept of raw food was virtually unknown. Today, Lifefood is the largest raw food company in terms of the range of product lines and processes raw materials from diverse corners of the planet. Lifefood products are loved by people all over the world. The symbiosis of unique technologies, long-term know-how and long-standing emphasis on manual labour are a major part of Lifefood. Part of the philosophy of spreading abundance is also the creation of the popular festival RawFest. 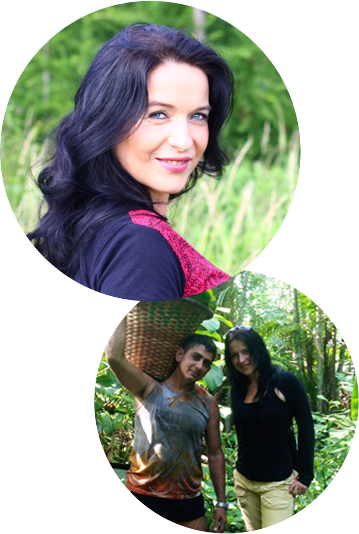 The Story of Tereza Havrlandova

Tereza studied law and foreign trade and wanted to pursue diplomacy. At the same time, she loved sports and traveling. Already in 2004, while visiting her sister in the United States, she first encountered rawfood - food made from raw ingredients of plant origin that haven't been chemically or thermally treated. She was charmed not only by the variety of flavours, but rawfood also helped her in her personal life. She got rid of several health problems due to the change in diet. Another turning point in her life was when she severely injured her shoulder while kite surfing in Australia. This forced her to return to the Czech Republic for recovery.

While abroad she had access to countless healthy raw snacks but once at home, live food was a virtually unknown concept, and the few products that were available were lacking in quality. Tereza started to import raw products from abroad and soon decided to apply her own experience in preparing rawfood meals. Together with her first colleagues, they transformed a small bakery in the center of Prague into a place where they could produce live raw food.

She was responsible for every aspect of the business, from creating recipes to production and distribution of goods. Initially she drew inspiration from abroad, but soon she embarked on her own journey. To this day, she's constantly inventing and testing new products as well as improving existing ones.


Made with love. Life is abundance. The quality of handmade products. These were the key components of Tereza's vision when she began and they are still very much applicable today in the everyday management of such a large company. Premium quality, taste, personal approach as well as an omnipresent emphasis on ethics are what the core of Lifefood is about.


Tereza still listens to her customers at fairs, festivals, and everywhere where life is flowing. She works on new recipes, oversees the production and manages the general business activities. She also spends part of the year abroad in search of new suppliers, visiting existing suppliers and partners or looking for inspiration while pursuing her favourite hobby kitesurfing.