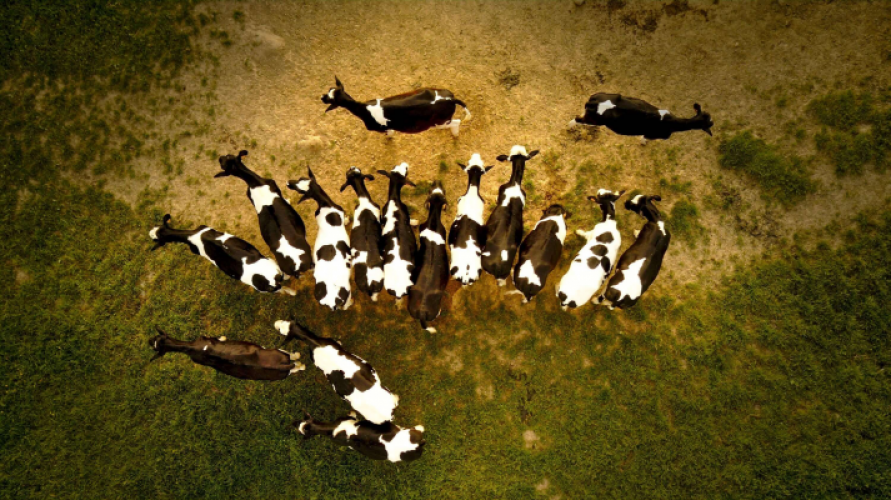 Veganism - from an ecological point of view

Vegan for our planet. We'll tell you why.

A vegan way of life has a positive effect on our environment and is much more sustainable than other forms of nutrition. In days of climate change, this issue is becoming more and more important and is often discussed in social media. But what exactly makes vegan nutrition more ecological and what are the problems with other forms of nutrition? Is there anything to consider here to avoid leaving a footprint or is a vegan way of life a kind of a free ride to our planet?

Due to an ever-increasing cattle breeding and the large demand for meat and other animal products, corporations need ever larger areas for growing animal food or for grazing. As land is limited, more and more forest areas are needed for agriculture. However, these are important for the climate and are home to countless animal species, which are driven out of their natural habitat by the clearing of forests. As a result, nature is destroyed in order to have only one benefit - the cultivation of agricultural land for animal feed, which in turn is to benefit livestock breeding and meat consumption. 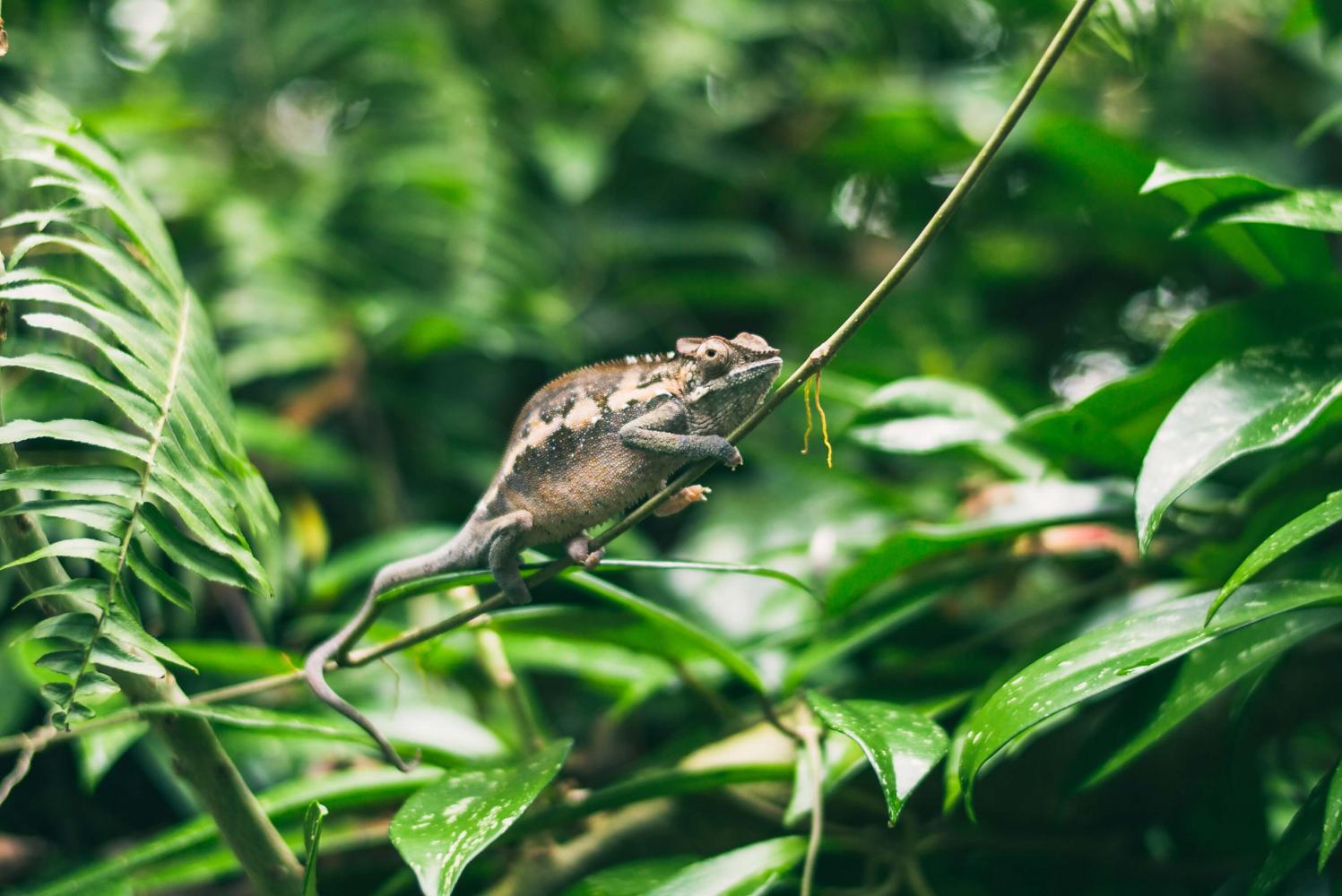 In order to be able to grow plants, fruit, and vegetables, you need water - this is the basic prerequisite for a successful harvest. However, animal products require significantly higher masses of water and thus consume important resources. These are exhausted to their limits every year - the reason? Too many animals are used only for consumption.

According to FAO (UN organization for food anf agriculture) the water footprint of 1 kilo of beef equates to 14 400 litres of water. For comparison, to produce 1 kilo of potatoes we need 290 litres of water , for 1 kg of rice it is 2500 litres etc. This makes a big difference, doesn't it? In genereal we can say that animal food needs 5-10 times more water than when producing plants. Let's count together. The average European eats 90 kilos of meat per year. The average US citizen eats 122 kilos per year. What a quantity of water just used up to produce meat! No need to say that the numebr of inhabitants on the planet is increasing and therefore the pressure on producing animal food is increasing too. Water scarcity is nowadays a real topic for discussion – but very rarely do people realise that they actually use this scarce resource via the meat they consume.

On the other side, the plant based diet has its cons too. Being vegan does not 100% mean you are ecological and sustainable. Look at the trendy avocados being on our food list or the problem with palm oil – to name just a couple of examples. But there is an answer for this – go local, be seasonal and get information. It is important to know where your food is from and to support those farmers who are sustainable.

To summarise, it can be said that animal products constitute by far the greater source of of water consumption and it would make much more sense to use the plant foods that are cultivated as feed directly for human consumption.

Of course, there are also foods in the plant-based diet that consume more water than others - here you should inform yourself in advance and adjust your diet accordingly (such as avocados). In comparison, however, it can be said that animal products claim by far the greater part of water consumption and it would make much more sense to use the plant foods that are cultivated as feed directly for human consumption. 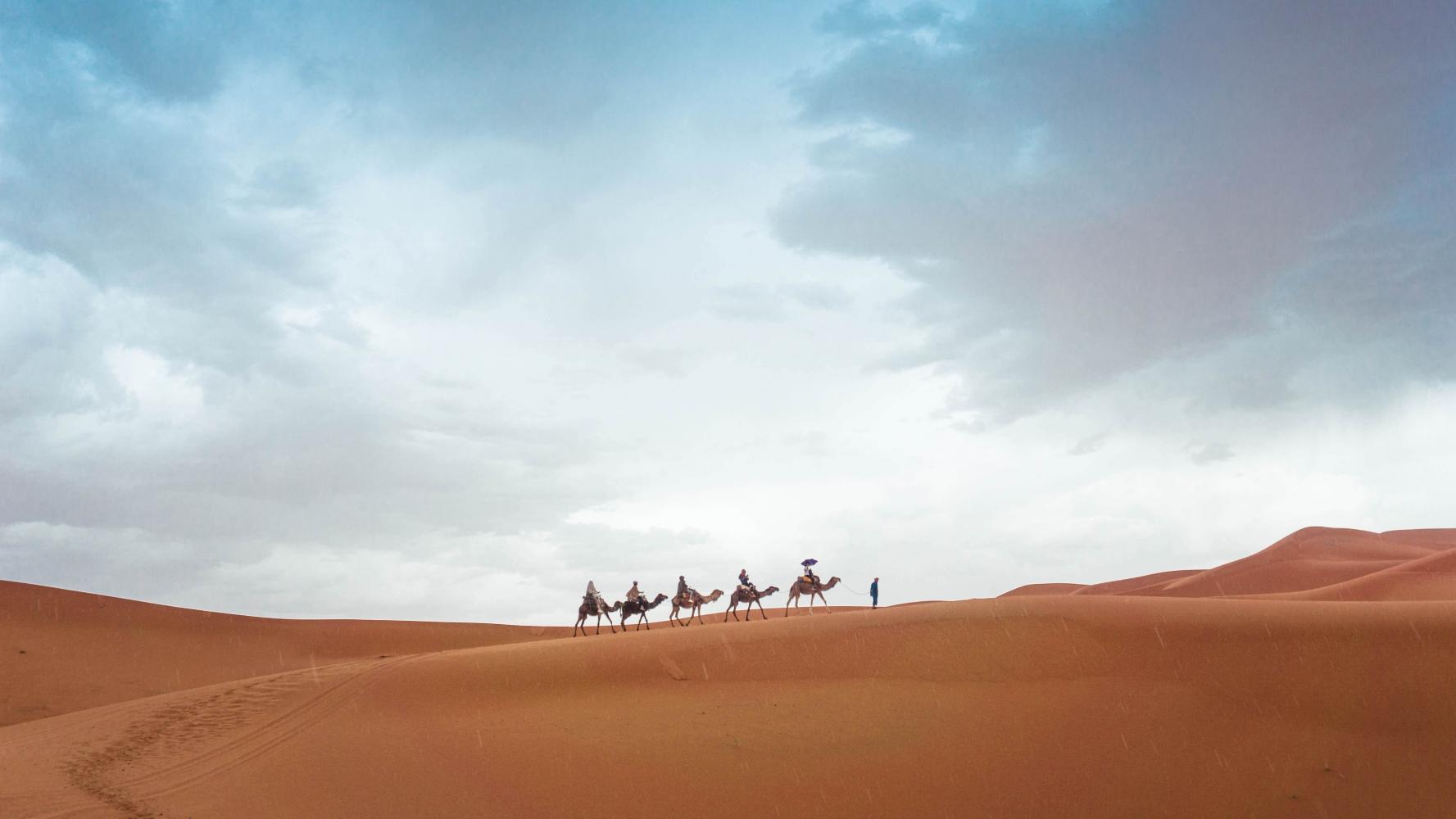 The Earth Overshoot Day (also known as Ecological Debt Day) annually indicates when our resources are consumed and when human demand exceeds natural resources. The aim of the campaign is to make people aware of the limitations of our natural resources and to draw attention to this issue. Whereas in the 1980s it was still December of each year, today Overshoot Day shifts to August. It shifts from year to year.  Currently, our resources are already used up by the summer, but the trend is shifting further and further into spring.

Did you know, that a cow produces between 70 – 120 kilos of methane every year? Not a very nice thing, right? Feed, which the animals partly consume by the kilo, is largely metabolized by them and converted into heat and liquid manure and then excreted again. During this process, however, climate-damaging gases are released at the same time, which contribute significantly to the rise in the earth's temperatures. Rising temperatures, in turn, cause the ice in the polar caps to melt steadily and sea levels to rise. However, the effects go much further and are almost infinite.

Of course, pollutants and harmful gases from road traffic, for example, must also be taken into account. However, the pollutants that are released and produced by excessive livestock farming are much higher and influence our environment many times over.

And not only „cow gases“ themselves but the overal meat production can be converted to CO2 pollution. According to FAO, the production of 1 kilo of meat produces 34,6 kgs of CO2. Giving up meat can really make a difference and it is our personal opinion. 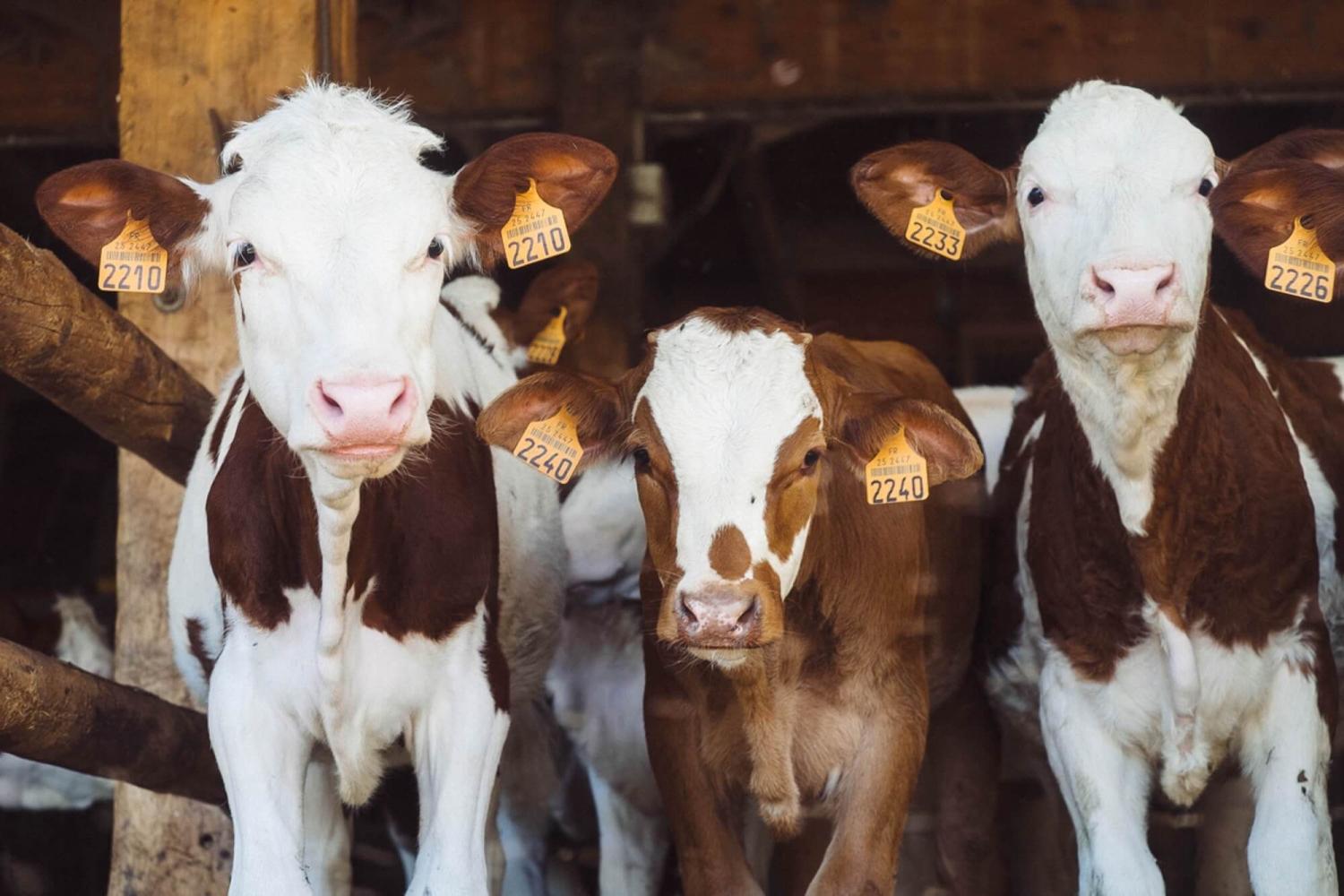 Vegan nutrition as an excuse for all?

If you now see the vegan way of life as a free ride, you are really wrong. A form of nutrition with purely processed food can leave a larger footprint than initially thought. Fresh foods are the most important factor here and make veganism so healthy and good for our climate. Also, the renouncement of food, which needs enormous quantities of water, can affect positively on our earth. If you pay attention to a few tips and for the most part fall back on fresh food, you help the environment already a lot. Thus a negative and climate-damaging footprint can be minimized or even prevented. 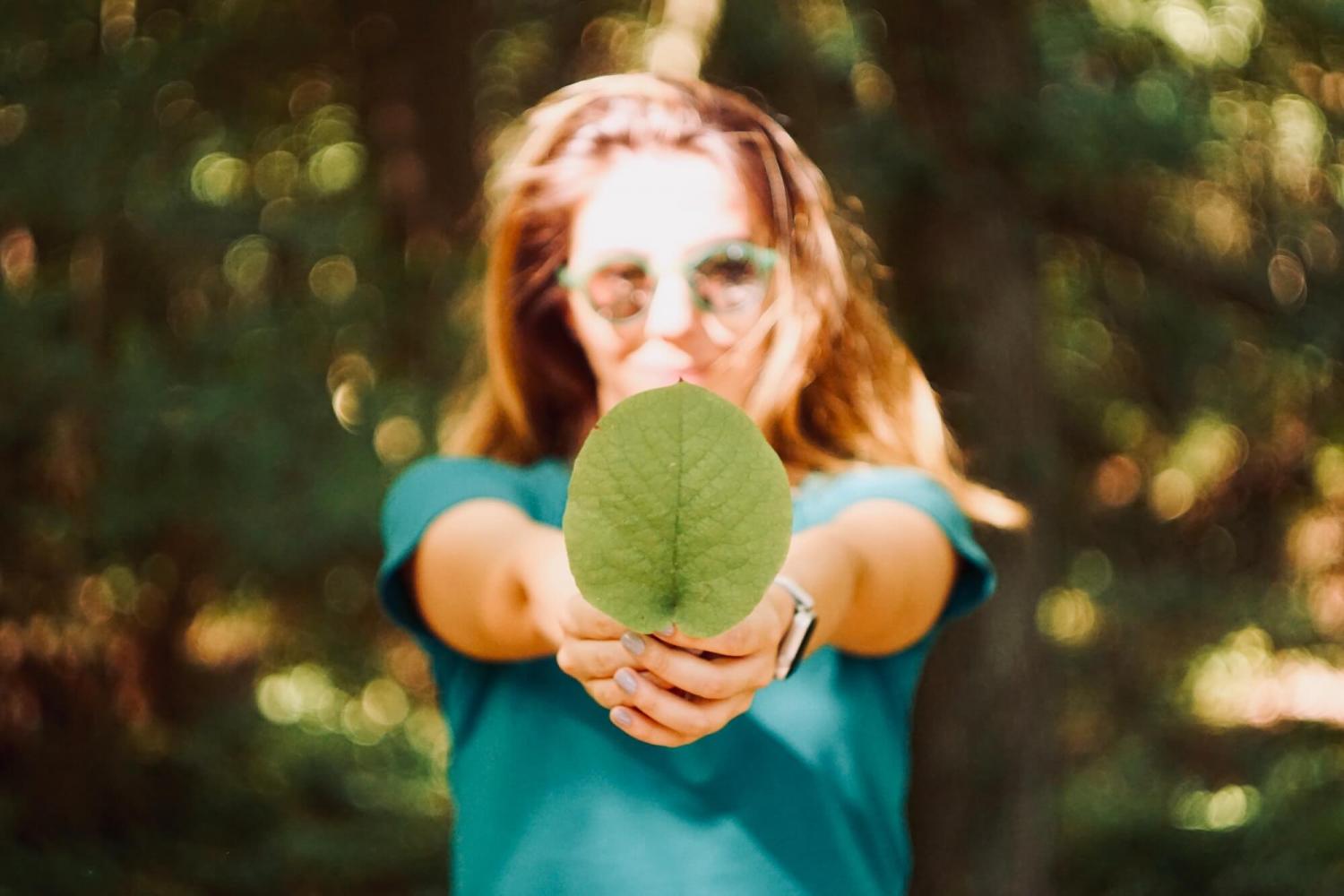 Disclaimer: All Lifefood products are 100% vegan.

Are cows the cause of global warming?